A Blood Test for Sleepiness May Be Coming 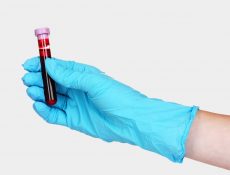 Scientists say they’ve found a biological marker for sleep debt, a discovery that may pave the way for a blood test for sleep deprivation.

Researchers at the University of Pennsylvania tested blood samples from rats and humans after they’d had only four hours of sleep a night for five nights. What they found is that in both, two molecules involved in metabolism decreased. One is a fat that plays a role in storing energy and helping hormones send messages. The other, an acid, is a by-product of normal metabolism. Levels of both molecules bounced back after a full night’s sleep.

Going without sleep reduces an individuals’ memory, coordination and attention.  For certain professions, these skills are critical.  A blood test could be used to ensure pilots, truck drivers and doctors are as well rested as needed to perform their job safely.

The scientists say they will continue their research to look into the effect of the changes in blood chemistry on the body, and where the changes are coming from.

Next:
Napping Toddlers May Sleep Less at Night