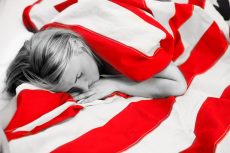 There’s good news and bad news for Americans and sleep.  The good news is that we’re finally getting more sleep.  Congratulations!  The bad news, however, is that it’s still not enough.

“Over 14 years [2003 to 2016], Americans were getting 17 minutes more sleep every night, or a full four days more sleep per year,” said study lead researcher Dr. Mathias Basner. He’s an associate professor at the University of Pennsylvania’s division of sleep and chronobiology.

Basner’s team credit the trend to more awareness of the importance of sleep. Better awareness has led to better sleep habits — going to bed earlier and not reading or watching TV or using smartphones or other devices in bed.

However, despite these modest gains, a third of Americans are still sleep-deprived, which can have serious consequences for their health, Basner said.

Studies have shown that people who are sleep-deprived are more likely to be obese and have high blood pressure, diabetes, heart disease and declines in mental function. In addition, Basner said, daytime sleepiness can lead to serious accidents.

To be in their best health, adults should sleep seven or more hours a night on a regular basis, Basner said.

For a good night’s sleep, he suggested going to bed and getting up at regular times. In addition, keep the bedroom dark, quiet, cool and free of distractions, such as TV, books, smartphones and computers.

The report stems from a survey of more than 181,000 Americans, 15 and older, who took part in the American Time Use Survey between 2003 and 2016. It found that most people increased their sleep by nearly eight hours each year over the 14 years of the study.

Previous:
Writing Down Your “To-do” List Can Help You Sleep

Next:
Body Clock Disruptions May Occur Years Before Onset of Alzheimer’s