Ask SleepBetter: Sleeping with the TV 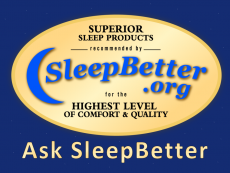 Have you wondered about something related to sleep, but just can’t find the answer?  Lots of people do, and that’s why we created Ask SleepBetter.  You can ask your own question on the SleepBetter Facebook Page, or by using our Ask SleepBetter contact form.  We will try to answer as many questions as possible, but we are not able to answer queries about physical issues or medicinal issues.  Those should be addressed face-to-face with a physician.

Today’s question is about watching television while sleeping:

“Is it bad for your sleep to sleep with the TV on? Like does it mess with REM sleep?”

The short answer is “yes, it is bad”.  Sleeping with nearly any noise in the background (one possible exception is white noise) can disrupt your sleep.

Even with the volume low, the uneven noise of television programs can cause “micro-arousals” that disrupt your sleep throughout the night.  Even turning the volume all the way down and using the television for a night light can cause problems, according to a South Korean study we wrote about recently:

Researchers from the Samsung Medical Center of Sungkyunkwan University School of Medicine in Seoul, South Korea,  had 10 healthy people sleep for two nights while machines assessed changes in their heart rate, breathing and brain and muscle activity.  The first night, there was no artificial light in the room, but during the second night a fluorescent lamp was placed a few feet from the sleeping subjects.

The total amount of time people spent in bed and the time they spent sleeping were similar whether the light was on or off.  But, with the light on, sleepers spent more time in stage 1 sleep – the shallowest kind – and less time in stage 3 and 4 sleep.  The difference was equivalent to giving each of the subjects sleep apnea.

Nine out of the 10 sleepers reported feeling like they got poorer quality sleep when the light was on.  Also, the researchers recorded more “micro-arousals” with the light on.  These micro-arousals were periods when the brain appears to be nearly awake for more than three seconds.

One final note — we also recommend that you avoid watching TV before bed, even if you turn it off when you decide to go to sleep.  As we mentioned in a recent “Sleep Myth Monday” article, activities involving electronic “screens” like televisions, tablet computers, regular computers, and smartphones can have a very negative impact on your sleep when used right before bedtime.  Not only do they keep your brain working at a time when it should be winding down, the type of light emitted by them can activate your brain and make it think it’s time to wake up, not go to sleep.

Do you have a question for Ask SleepBetter?
You can send us a note through our contact form,
or simply post it on the SleepBetter Facebook Page.

Next:
Ask SleepBetter: Catching Up On Sleep