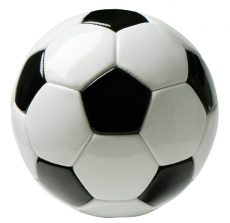 With 32 international teams playing three or more games played every day, it can be difficult to figure out when to get some shut-eye, and that’s not even considering the time zone issue. For those on the west coast of the United States, some games will start early in the morning … before the sun comes up.

Here are some tips for enjoying the World Cup without finding yourself in a sleep deprivation stupor:

Next:
Summertime in a Weak Economy: How to Sleep Better