The Cost of Good Sleep 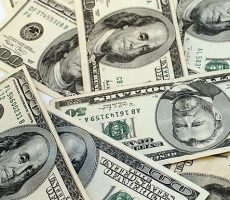 It is common knowledge that people in America and the rest of the world are not getting adequate sleep — either in terms of quality or quantity. According to a report in April from the Centers for Disease Control and Prevention, nearly a third of working Americans – or nearly 41 million people – are sleep deprived. But, what most people do not think about is the amount of money that goes into trying to remedy this problem.

According to projections from a marketing analytics firm in New Jersey, this year the sleep industry could reach $32.4 billion in the United States. This is an almost nine-percent increase from the amount of money put into sleep in 2008. The total over-the-counter market for sleep aids alone reached $604 million in 2008, an increase of 9 percent over 2007. Other items contributing to these high numbers are medical devices, sleep consultants, luxury mattresses, and even specially equipped hotel rooms or “pods.”

Next:
Vaccines May Not Work As Well Without Good Sleep