Get the Green Light for Quicker Sleep 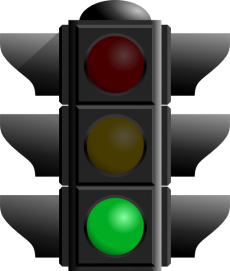 A research team from Oxford University has learned that going green may help your sleep.

‘When we expose mice to light during the night, it causes them to fall asleep,” explained Dr Peirson.  “Yet, at the same time, it also increases levels of corticosterone, a stress hormone produced by the adrenal gland that causes wakefulness. We wanted to understand how these two effects were related and how they were linked to a blue light-sensitive pigment called melanopsin, known to play a key role in setting our body clock.’

The team exposed mice to three different colors of light – violet, blue and green. Based on the existing data about the role of melanopsin in sleep, they expected that the blue light would induce sleep fastest as the wavelength of the blue light (470 nanometres – nm) was closest to the peak sensitivity of the pigment (around 480nm).

However, it was green light that produced rapid sleep onset – between 1 and 3 minutes. Blue and violet light delayed sleep – the onset of sleep taking between 16 and 19 minutes for blue and between 5 and 10 minutes for violet.

Dr Peirson said: ‘The results meant that mice exposed to blue light had less sleep than those exposed to violet and green light. We confirmed the effect by testing mice using green and blue light at a time when they would usually be less active.’

The sleep issues caused by blue light are well known, and are a significant problem because devices like smartphones, tablets, computers, and even TVs emit blue wavelengths of light.

‘The results also add to our understanding of the effects of light emitting devices on humans, where recent studies have shown that the blue light from these devices delays sleep. However, as we have shown that there are different pathways in the brain, by which different colors of light have different effects on sleep or wakefulness, we need to understand how the overall color balance of artificial light could affect people’s alertness and sleep.’

Next:
Caffeine Doesn’t Work After Three Nights of Poor Sleep