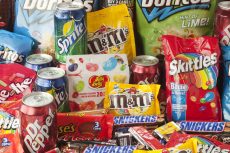 Australian researchers have found that men who consume diets high in fat are more likely to feel sleepy during the day, to report sleep problems at night, and are also more likely to suffer from sleep apnea.

The study, conducted at the University of Adelaide, looked at the association between fatty diets and sleep.  The results were based on data of more than 1800 Australian men aged 35-80, including their dietary habits over a 12-month period.

“After adjusting for other demographic and lifestyle factors, and chronic diseases, we found that those who consumed the highest fat intake were more likely to experience excessive daytime sleepiness,” says study author and University of Adelaide PhD student Yingting Cao.

“This has significant implications for alertness and concentration, which would be of particular concern to workers,” Ms Cao says. “High fat intake was also strongly associated with sleep apnea.”

In total, among those with available dietary and sleep data, 41% of the men surveyed had reported experiencing daytime sleepiness, while 47% of them had poor sleep quality at night.

About 54% had mild-to-moderate sleep apnea, and 25% had moderate-to-severe sleep apnea, which was assessed by a sleep study among those who did not have a previous diagnosis of sleep apnea.

“Poor sleep and feeling sleepy during the day means you have less energy, but this in turn is known to increase people’s cravings for high-fat, high-carbohydrate foods, which is then associated with poor sleep outcomes. So the poor diet-and-sleep pattern can become a vicious cycle,” Ms Cao says.

“The simple message is a commonsense one, but we need more people to pay attention to it: we need to eat better; a good sleep the night before is best.”

Next:
Are Night Owls Less Healthy?