How Worms and College Students are Working Together for Sleep 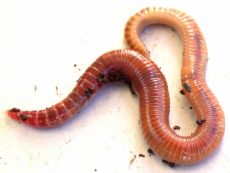 Researchers intent on understanding how too little sleep can undermine health have long suspected a relationship between short sleep duration and the actions of specific genes, but finding the genes involved has proven difficult. Now, a team of scientists based at Brown University has identified genes carrying “epigenetic” tags that are likely associated with shorter sleep in young adults.

“Before this study, specific genes with epigenetic tags hadn’t been linked to how much sleep people get,” said Anne Hart, a professor of neuroscience and co-corresponding author of the study. “This is the first time we’ve found genes important in sleep that might be tagged this way. It’s exciting to open up a new area in the sleep field. In the long run, this work should help us understand why getting too little sleep causes so many problems for people and should lead to better treatments for those who have trouble sleeping.”

Epigenetic tags in genes are chemical alterations of the DNA that accrue based on life experiences, such as stress or exposure to environmental substances. This study focused on a specific epigenetic tag, called DNA methylation, which can affect how genes are expressed and therefore change behaviors like sleep. Previous research showed that methylation might change at the whole genome level with inadequate sleep. But in the new study, the researchers went much deeper and looked for specific genes with different amounts of DNA methylation tags in people who got a normal amount of sleep every night and comparable people who slept considerably less.

For this study, the team selected 16 students from the hundreds who participated in a larger sleep study led by co-corresponding author Mary Carskadon, a professor of psychiatry and human behavior at the Warren Alpert Medical School and director of the Sleep for Science lab at the Bradley Hospital.

“Our carefully selected sample of college students gave us the possibility to pursue this burning question at a molecular level,” Carskadon said.

Eight of the students had roughly the amount of sleep recommended for young adults, getting 8.1 hours on average. The other eight students selected for the study were short sleepers, getting only 6.6 hours on average a night. Because sleep and mood are intimately connected, all of the students selected had relatively depressed moods, which allowed the researchers to focus their analysis only on sleep. From donated blood samples, the researchers were able to analyze nearly 500,000 sites for possible methylation differences between the groups. They found 87, corresponding to 52 candidate genes.

But how could they know whether any of the 52 genes really had anything to do with sleep? For the answer, they turned to worms. Worm and human sleep is remarkably similar; the same basic genetic and molecular biology mechanisms are important. That makes worms convenient models to study the basic biology of sleep.

“If you have a lot of things you want to test, worms are fast and easy to do science in,” Hart said.

For each of the genes identified in people, the research team asked the question of what difference it might make to sleep to knock out the analogous gene in worms. Six of the genes they knocked out — including five that had never before been identified as sleep-relevant — affected sleep in worms. Although knock-out of a gene probably has a bigger impact than methylation, the experiments showed that these genes are likely important in sleep, for worms.

The last phase of the research was for the researchers to go back to humans to see if they could replicate the finding of methylation tags of the five new worm-proven genes. They assembled a new cohort of 10 more students, all different from the last group. This time all 10 had better mood scores, meaning they were not depressed at all (thereby controlling for mood). As before, one group had the recommended amount of sleep (an average of about 8 hours) and the other group had short sleep (average of 6.3 hours).

One gene, called ZFYVE28, still had significantly different methylation tagging when the normal sleepers and the short sleepers were compared. It’s not clear why the other four didn’t replicate, Hart said, but maybe those four are only important for sleep in people with depressed moods (which was intentionally different between the first group of students and the second).

Intriguingly ZFYVE28 has connections to two molecular pathways already known to be relevant in sleep, Hart said: “Notch” and “EGF.” But, she acknowledged, despite the worm knock-out results, there is not yet enough evidence yet to determine whether the methylation differences in ZFYVE28 in humans cause short sleep or accrue because of short sleep.

There is at least one test Hart said she can imagine doing to help find an answer: Recruit some normal sleepers. Test their ZFYVE28 methylation. Subject them to a few weeks of restricted sleep. Test the methylation again. If it’s substantially different, then maybe short sleep causes the methylation. If not, the possibility would remain open that the changes cause short sleep. Indeed, the research team has proposed a grant for just such a project.

For now, ZFYVE28 serves as a test case to show that the method of mixing worm and human experiments to discover the sleep-relevance of epigenetic changes is a productive avenue for sleep research, Hart said.

“This is the first good evidence that there will be differences in methylation associated with sleep, which opens up a whole new mechanism for regulating sleep,” she said. “Now we can get to the mechanisms of what’s going on and what’s important.”