Mobile devices have invaded our worlds, even to the point where teens are staying up late to message friends and play games.  That late-night mobile phone use is harming their sleep and potentially their mental health, say researchers who advised that “physical boundaries” be set over use of such devices in the bedroom.

A study of more than 1,100 Australian high school students between the ages of 13 to 16 found poor-quality sleep associated with late-night texting or calling was linked to a decline in mental health, such as depressed moods and declines in self-esteem and coping ability.

Lead researcher, Lynette Vernon of Murdoch University in Perth, said her findings were evidence of the need for device curfews for teenagers to be established. Adolescents who used their phones as alarms should replace them with clocks in order to maintain “physical boundaries”, she said.  Essentially, phones should stay out of the bedroom at night.

Researchers examined teenagers’ mobile phone use and their subsequent changes in well-being over four years of high school from 2010 to 2013, and found increasingly unencumbered access led to increases in psychosocial maladjustment.

Vernon said mobile phones had become entrenched in young people’s lives, and many did not have their use restricted. She pointed to international research that found about 80% of the young had access to a mobile phone.

The former high school teacher said she had observed her own pupils coming into the classroom tired. “I noticed it was affecting their performance – that was a few years back, too.”

Though the link between late-night phone use and sleep, and between sleep and well-being, had been established in previous research, this was the first study to assess all three together, she said.

“If you’re finding your son or daughter is more moody and not coping at school, you often put that down to adolescence – but it could be as simple as them not sleeping at night.”

Vernon also said parents could set a good example by demonstrating good habits around phone use themselves.

“Back when they’re aged seven to 10, you have to role model – you put your phone in a basket at night, it doesn’t go into your bedroom, it becomes normal in the household and you have a much easier job.” 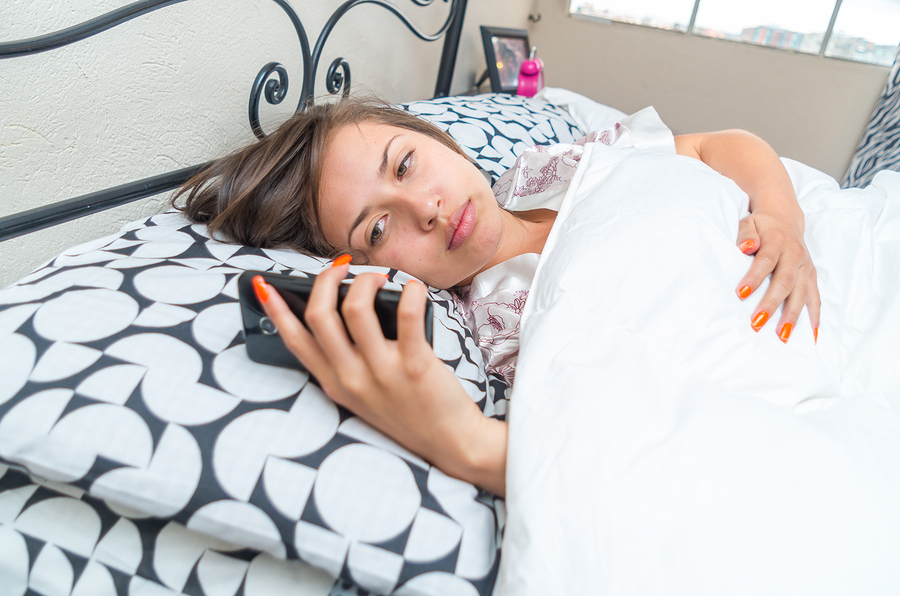 Next:
The Connection Between Dreams and Brain Disease