More Britons Are Sleeping Instead of Partying 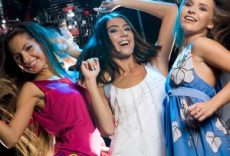 It seems at least one part of the world is getting the message.  According to a new survey, two-thirds of Britons are prioritizing sleep over staying out late with friends.

The survey, conducted by a company that makes industrial manipulation tools, asked more than 2,000 people in Britain who were between the ages of 18 and 40 about their sleep and socializing habits.  Not only did two-thirds of admit to regularly choosing sleep over socializing with friends, but  three-quarters claimed to have cancelled events in favor of sleep.

Over half of the respondents insisted they ‘always’ prefer sleep to a night out.

With the holiday party season in full swing, this is great news, as lack of sleep can cause a variety of issues and can increase stress in a time of year that’s already stressful.

Previous:
If Your Teen’s Friends Don’t Sleep, Your Teen Probably Doesn’t Either