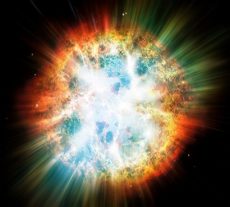 When you first hear about “exploding head syndrome,” you may think it sounds horrifying.  It’s not quite as bad as it sounds, but for those who suffer from the condition, it can be troubling.  And, scientists now say that it’s more common than they previously thought.

The American Academy of Sleep Medicine says exploding head consists of a loud noise that you suddenly imagine just before you fall asleep. It can seem like a violent explosion has gone off in your head. It can also occur as you wake up in the night.

The traditional scientific belief was that exploding head syndrome is most common among individuals over the age of 50.  However, the authors of a new study published in the Journal of Sleep talked to 211 undergraduate and graduate college students and they found that nearly one in five had experienced exploding brain syndrome at one point in their lifetime. Some said it was so extreme it even affected their waking lives with stress and fear.

The new research says the “exploding” event usually occurs as the brain shuts down, similar to a computer that turns off. When the brain goes to sleep, it shuts down in stages, with motor, auditory, and then visual neurons.  In individuals who suffer from exploding head syndrome, something goes awry during that shutdown process.

There’s no true cure for the condition.  Current treatments can “turn down the volume” of the explosion, but not actually stop it.  Further research will be performed to understand exactly how to treat the expectantly large population of nightly sufferers.

Previous:
What Companies Can Do to Help Employees Sleep Better

Next:
Insomnia and Depression Can Equal More Nightmares