Naps Are Key To Learning For Infants 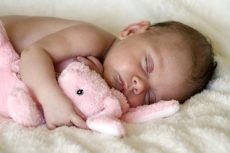 We all know sleep is important for all of us, but for babies it’s critical to not only their health and growth, but also their learning.

New research conducted in the UK and Germany wanted to look into sleep in the first year of life, because the team conducting the study realized that very little is known about the role of sleep during that time.

What they found was eye-opening.  In the end, their conclusions indicated that infants were largely unable to learn new tasks if they didn’t have a lengthy sleep soon afterwards.

The trials included 216 babies between six and 12 months old.  Researchers taught the children three new tasks by using hand puppets.  Half the babies slept within four hours of learning, while the rest either had no sleep or napped for fewer than 30 minutes.  The next day, the babies were encouraged to repeat what they had been taught.

The researchers said their findings fly in the face of commonly held opinions that the best time for babies to learn is when they’re wide awake.  It also shows just how valuable it can be to read with your child right before bed.

Previous:
E-Reading Is Bad For Your Sleep

Next:
Even One Drink Can Harm Your Sleep