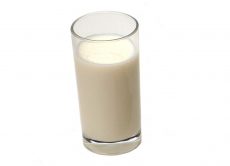 Talk about bedtime stories is nothing new here at SleepBetter.  We’ve touted the power of the bedtime story before and even conducted the Bedtime Stories Project, a program to encourage parents to make up their own bedtime stories.  Now, milk producers in California are catching on, touting milk and a bedtime story as the ultimate tools to help kids fall asleep.

To help encourage parents to read to their children, the California Milk Processor Board (CMPB)  has teamed up with 2013 International Latino Book Award winner and acclaimed children’s author, Jorge Argueta, to launch to 2013 Bedtime Ritual campaign. Argueta, author of bilingual tales Arroz con Leche, Tamalitos and Guacamole, will bring to life this message by hosting storytelling sessions at select locations in California, including Los Angeles, San Diego, San Francisco, Fresno and Sacramento.

The campaign launched in March, aimed at California’s Latino population and hoped to encourage milk at bedtime.

Research has shown that bedtime routines help kids perform better at school. One-quarter of kids with disrupted sleep had failing math grades. Poor sleep also has been tied to obesity, which can increase the risk of heart disease and diabetes over the long-term.

Next:
Pillow in Space Pictures