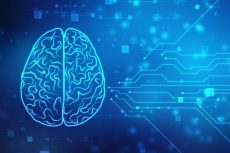 When we fall asleep, our brains aren’t offline, they’re busy organizing new memories — and now, scientists have gotten a glimpse of the process. Researchers report in all new research the first direct evidence that human brains replay waking experiences while asleep.

During sleep, the brain replays neural firing patterns experienced while awake, also known as “offline replay.” Replay is thought to underlie memory consolidation, the process by which recent memories acquire more permanence in their neural representation. Scientists have previously observed replay in animals, but the study tested whether the phenomenon happens in human brains as well.

The team asked the two participants to take a nap before and after playing a sequence-copying game, which is similar to the 1980s game Simon. Instead of moving their arms, the participants played the game with their minds — imagining moving the cursor with their hands to different targets one by one, hitting the correct colors in the correct order as quickly as possible. While the participants rested, played the game, and then rested again, the researchers recorded the spiking activity of large groups of individual neurons in their brains through an implanted multi-electrode array.

“There aren’t a lot of scenarios in which a person would have a multi-electrode array placed in their brain, where the electrodes are tiny enough to be able to detect the firing activity of individual neurons,” says co-first author Beata Jarosiewicz. Electrodes approved for medical indications, like those for treating Parkinson’s disease or epilepsy, are too big to track the spiking activity of single neurons. But the electrode arrays used in the BrainGate pilot clinical trials are the first to allow for such detailed neural recordings in the human brain. “That’s why this study is unprecedented,” she says.

In this study, the team observed the same neuronal firing patterns during both the gaming period and the post-game rest period. In other words, it’s as though the participants kept playing the Simon game after they were asleep, replaying the same patterns in their brain at a neuronal level. The findings provided direct evidence of learning-related replay in the human brain.

“This is the first piece of direct evidence that in humans, we also see replay during rest following learning that might help to consolidate those memories,” said Jarosiewicz. “All the replay-related memory consolidation mechanisms that we’ve studied in animals for all these decades might actually generalize to humans as well.”

The findings also open up more questions and future topics of study who want to understand the underlying mechanism by which replay enables memory consolidation. The next step is to find evidence that replay actually has a causal role in the memory consolidation process. One way to do that would be to test whether there’s a relationship between the strength of the replay and the strength of post-nap memory recall.

Although scientists don’t fully understand how learning and memory consolidation work, a cascade of animal and human studies has shown that sleep plays a vital role. Getting a good night’s sleep “before a test and before important interviews” is beneficial for good cognitive performance, said Jarosiewicz. “We have good scientific evidence that sleep is very important in these processes.”

Previous:
Lack of Teen Sleep Can Cause “Loss of Pleasure”

Next:
When You’re Dreaming, Your Brain Tunes Out the World