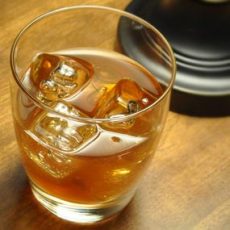 It shouldn’t be news for regular SleepBetter visitors, but for good sleep it’s best to avoid alcohol for a few hours before bedtime.  We’ve written on the subject of sleep and alcohol many, many times, but a new study is confirming why you don’t feel as rested when you fall asleep after a few drinks.

There are two basic phases of sleep: rapid eye movement (REM) sleep and non-rapid eye movement (NREM). Typically, people begin the sleep cycle with NREM sleep followed by a very short period of REM sleep, then continue with more NREM sleep and more REM sleep.  It is during REM sleep that we dream, and researchers believe it’s during that time that the brain sorts memories.  The full NREM/REM cycle takes about 90 minutes, and repeats throughout the night.  After reviewing 27 scientific studies on the impact of drinking on nocturnal sleep, researchers in Britain found that alcohol has a number of effects on our sleep patterns.

The study, published in the April 2013 issue of Alcoholism: Clinical & Experimental Research, found that while alcohol does help you fall asleep faster and produces a deeper sleep (the reason many think it’s a good sleep aid) it also reduces the amount of REM sleep you receive.  So, while it may help you with getting to sleep, the sleep you’ll get won’t be restful and satisfying.  And, the more a person drinks before bed, the stronger the disruption.

Next:
Memory Loss Among Elderly May Be Due to Sleep Deprivation