One Night of Bad Sleep Can Make You Rude 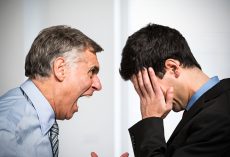 What’s the consequence of one night of bad sleep?  Obviously you’ll be tired at work the next day, and maybe even a little short with your spouse and co-workers.  But, new research says it goes deeper than that — it can make you unlikely to ignore impulses to be rude and dishonest.

A study conducted by Laura M. Giurge from Rotterdam School of Management, Erasmus University in the Netherlands shows that as little as just one bad night of sleep makes it more likely that employees will display unwanted behavior the following day at work. This negative effect of impaired sleep quality is especially strong among people with a so-called ‘low moral identity’, she discovered.

Unwanted behaviour in the workplace often stems from selfish impulses that are not kept in check by self-control, says Giurge. Going home early without telling the boss is an urge most people will feel occasionally, but do not give into every time. And when people do, they often feel remorse afterwards and try to do better next time. Giurge says this ability to regulate our impulses can be undermined by having had a bad night – not necessarily just by the amount of sleep, but by impaired sleep quality.

For this study, Giurge sent out daily text messages over 10 consecutive working days to a group of working professionals and asked them to indicate how well they had slept. They were also invited to rate the extent to which they engaged in unwanted behavior. For example, had they taken a longer lunch break than allowed that day, or had they been rude towards a co-worker?

Analyses showed that, in general, the quality of sleep the night before can indeed influence the next day’s behaviour of the respondents. People who had engaged in unwanted behavior one day while on the job were more likely to engage in unwanted behaviour again the next day particularly if they slept bad during the night connecting the two days. But some people responded worse to bad sleep than others did.

The difference lies, the researchers found, in what is called ‘moral identity’. This is a psychological measure for how important and central moral traits such as ‘kind’ or ‘fair’ are for someone’s self-image, and how important it is to them to be seen as a good and moral person by others. People who attach less value to these moral traits were also more likely to repeat their missteps the next day after a night of poor sleep quality.

This study shows that the display of unwanted behavior is not a fixed character trait, says Giurge. It can vary from day to day, even within the same person. Whatever the reason for starting it, a night of poor sleep can make it harder for someone to stop doing it, especially among people with a low moral identity. Tiredness apparently can make it harder for people to overcome the feeling that they have failed and try again the next day. This can lead into a possibly destructive cycle, Giurge says that could help to explain why unethical behaviour is so persistent in organizations.

Previous:
Circadian Disruptions May Be Passed to Unborn Children