1/3 of Parents Give The Big Bedroom To Their Kids 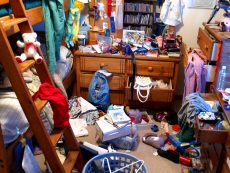 A home’s master bedrooms is designed generally designed with adults in mind, but more and more frequently that room is being occupied by someone under the age of 18.

A new study into “space-starved families” in the UK found that nearly 1/3 of adults living with children under the age of 18 said they’ve handed over the big bedroom so a child can have more space.

The decision seems to come from parents wanting their children to have the best.  Nearly 60% of  respondents who are parents wish their children had bigger rooms in which to study and play, and two-thirds (63%) aspire to trade up to a larger property, according to the UK-wide survey of more than 2,000 people.

One fifth (21%) of families who were questioned said their children share bedrooms, and of these, almost half said their children have no other choice but to sleep in the same room as their siblings because space is too tight.  Children were most likely to be found sharing bedrooms at around the ages of four to six years old and least likely between the ages of 14 and 18.

Previous:
An Update On American Sleep