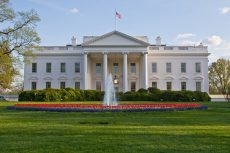 Being President of the United States is one of the most stressful jobs in the world.  So, it’s understandable if the individual holding that position has some sleepless nights.  Today is President’s Day, so we decided it would be interesting to look at Presidential sleep habits and problems throughout the years.  Here’s a rundown of why some of our Commanders in Chief couldn’t sleep:

The 27th president, William Taft, is widely believed to have had sleep apnea.  The disorder was not understood or diagnosed until the middle of the 20th century, but Taft was known to frequently fall asleep during meetings and was a heavy snorer (two signs of sleep apnea).  One of the risk factors for the disorder is obesity, and Taft (the heaviest president in U.S. history) tipped the scales at 340 pounds while in office.  After leaving office, Taft lost 60 pounds and became Chief Justice of the United States.  No instances of daytime fatigue were noted while he was on the Supreme Court.

Other presidents who have been discussed as possibly suffering from sleep apnea include Grover Cleveland (the second heaviest president), and Franklin Roosevelt.  Theodore Roosevelt was widely reported to be a thunderous snorer, but there is little evidence that he had sleep apnea.

President Abraham Lincoln was known to have had insomnia during the Civil War years.  He also apparently imposed that insomnia on those who worked under him.  Lincoln frequently kept his personal aide awake well after midnight telling funny stories.

Between nighttime sleep and daytime naps, President Calvin Coolidge got a whopping 11 hours of rest per day — sometimes even more.  This may have been related to undiagnosed depression, however.  Coolidge’s son died at the young age of 16, and his father was said to have never recovered.

John F. Kennedy had a number of health issues.  According to notes from Kennedy’s doctor, Kennedy took secobarbital and amobarbital to help him sleep.  Amobarbital is better known as Amytal, one of the more common “truth serum” drugs.  Kennedy was also widely reported to have hypersomnia, which caused him to fall asleep unexpectedly … sometimes in mid-conversation.

President George H.W. Bush made news when he said he would no longer take the sleeping pill Halcion, after the drug was reported to cause hallucinations and short-term memory loss.  Bush reportedly used Halcion to fight jet lag during a trip to Asia.  The drug has been banned in a number of countries.

President George W. Bush may have kept the most regular schedule.  While in the White House, it’s reported that he went to bed at 9 p.m. every day and got up at 6 a.m. every day.

President Obama didn’t use an alarm clock during his time in the White House.  During an interview early in his administration, Obama admitted that he is awakened by a call from the White House secretary every morning.  He said if he didn’t awake from the first call, they kept calling until he got up.

And that brings us to our current leader, President Trump.  The business magnate is said to be a short sleeper, like many world leaders have been.  Trump says he generally sleeps four to five hours per night, and sometimes less if he’s busy.  Another interesting fact about Donald Trump’s sleep habits is that he and his wife Melania sleep in separate bedrooms.  Before you point to this as a sign that their marriage is on the rocks, note that many, many married couples do the same thing.

Previous:
Here’s Why Sleeping With Your Cell Phone is a Bad Idea

Next:
5 Tips to Survive the Beginning of Daylight Saving Time