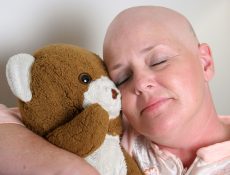 A study carried out by researchers from the Hospital Inmaculada ONCOSUR-Granada hospital and the UGR department of Personality, Assessment and Psychological Treatment shows the sleep disturbances suffered by patients with cancer before receiving a radiotherapy treatment.

The researchers have shown that sleep problems are very significant among patients with cancer prior to undergoing radiotherapy, and that those problems were found to be associated with progression of cancer, prior treatments (such as chemotherapy), and other psychosomatic symptoms caused by the disease (e.g. anxiety).

This study, conducted at Hospital Inmaculada ONCOSUR in Grenada and published in the European Journal of Oncology Nursing magazine, counted with the participation of 105 cancer patients which were evaluated in their first appointment at the Radiotherapeutic Oncology Service. Sleep disturbances were assessed by means of a questionnaire which the patients themselves filled out. Secondary variables were the impact of pain on sleep, anxiety and fatigue.

The researchers analyzed the impact that cancer severity, history of treatment, and psychosomatic symptomatology (such as anxiety) have on sleep problems.

The participants reported important levels of insomnia and hypersomnia (that is, excessive tiredness during wake hours caused by a lack of sleep).

In the light of these results, researchers warn that sleep problems within this context “must be explored and included in the patient’s clinical history in order to provide adequate guidelines to palliate said problems effects on the patient’s quality of life”.

Next:
Snoring Children May Have Health Problems