Seriously, Why Do We Sleep? 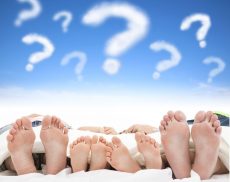 Have you ever wondered why all animals (humans included) need to sleep?  It’s medically very important … but why? Why do we need to partially shut down our body for hours at a time every day?

The truth is that science doesn’t truly know the answer, but they’re working on it.

One relatively well known theory is that sleep may provide the brain with an opportunity to “rebalance” itself.  According to this theory, waking experiences are associated with powerful processes of learning and development and, over time, result in the saturation of our brains’ ability to strengthen connections. Not only would this prevent further learning, but this would also destabilize the brain, leading to “overexcitation” of neural networks.  This theory, therefore, suggests that the core function of sleep is “neuronal homeostasis,” the processes whereby neurons self-tune their excitability to restore balanced activity to brain circuits.

New research indicates that theory may be wrong.

The research is conducted in the lab of Gina Turrigiano from Brandeis University in Massachusetts. In a paper published in the journal Cell, the Turrigiano lab showed that when the activity of neurons is suppressed in rats, homeostatic rebalancing doesn’t occur during sleep; instead, it happened exclusively when animals were awake and active.

This research poses as many questions as it answers. For example, why is homeostasis inhibited during sleep? Turrigiano suggests that  it interfere with a sleep-dependent process that strengthens memories.

This latest research broke new ground as it explored neuronal homeostasis in the context of freely behaving rats (most research in the past has relied upon cell cultures or anesthetized animals). In this work, rats with occlusion of vision from one eye were observed over nine days during sleep and wake periods. Electrodes inserted in the animals’ visual cortex recorded the firings of many individual neurons; these neurons were then followed for nine days, producing a total of six terabytes of data. Algorithms developed in Turrigiano’s lab with the help of Brandeis assistant professor Steven Van Hooser enabled the analysis of these enormous and complex datasets.

Turrigiano expects these computational methods to open new avenues of research for her lab, enabling far longer observation of rats’ brains and with greater precision.