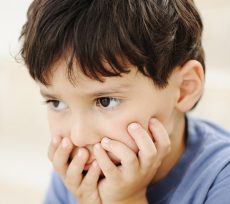 A new study reveals that sleep apnea might be linked to increasing the chances for children in developing attention deficiency hyperactivity disorder (ADHD), learning complications, and other adaptive disorders.

Sleep apnea is a common and serious sleeping disorder in which breathing patterns, such as normal breathing, are disrupted during sleep.

The research, conducted at the University of Arizona in Tucson, reviewed a previous study of the sleeping habits of 263 children, from six to 11, over a span of five years. They looked into the frequency of the sleeping disorder and the possible consequences that the occurrence of the disorder had on neurobehavioral functioning. The children all participated in an overnight sleep study and were assessed via a rating scale.

After analyzing the data, the University of Arizona researchers found that only 23 children suffered from sleep apnea during the actual sleep study and 21 children suffered from the disorder throughout the entire length of the study. There were also 41 children who originally had sleep apnea, but did not by the end of the study. The researchers concluded that children with an occurrence of sleep apnea were four to five times more likely to develop or have behavioral problems. That rate went up to six times for children who had constant sleep apnea.

The researchers also found a relationship between children with sleep apnea and their parents. They noticed that children who suffered from the sleeping disorder more often tended to have parents who suffer from ADHD-like symptoms, communication issues, social competency, and self-care.

According to a survey administered by the National Sleep Foundation, sleep apnea affects roughly 18 million people.