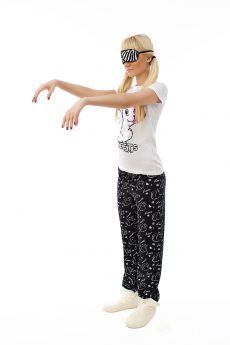 Have you ever awakened from a deep sleep (perhaps thanks to you mortal enemy, the alarm clock) and not known what time it is, what day it is, or even where you are?  That’s a condition called “sleep drunkenness” or “sleep inertia”, and scientists now say it’s more common than they previously thought.

For most people, when they experience sleep inertia, it lasts a minute or two and then they can start their day.  For some, however, it can last 15 minutes or more.  Because the condition is so poorly defined and so little understood, researchers from Stanford University School of Medicine interviewed 16,000 adults of all ages by telephone, to try to get a better fix on it.  Specifically, they wanted to know the extent to which it is associated with mental disorders and medications.

Of those interviewed, some 2,400 reported experiencing at least one episode of sleep drunkenness in the past year. About half had an episode a week and a quarter reported two to five a month.  That works out to 15-percent of the population.

The results, published in the journal Neurology, found 71 per cent of people with this condition had a sleep disorder and that most of them were not on any medication for it.  Contrary to expectations, sleep drugs known as hypnotics were not linked to sleep drunkenness.

Overall, the study found participants with a sleep disorder were about three times as likely to report sleep drunkenness as their peers.

Next:
Stresstember: Study Says This Month Starts the Stress Season