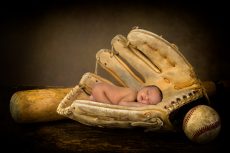 Results show that after five nights of sleep extension, professional baseball players from an MLB organization demonstrated a 13-percent improvement on a cognitive processing speed test by reacting 122 milliseconds faster. They also responded 66 milliseconds faster on a test of selective attention when confronted with distractors. According to the authors, a fastball takes approximately 400 milliseconds to travel from the pitcher to the hitter, requiring batters to have optimal visual search strategies to distinguish and react to different types of pitches.

The research team led by Mah conducted a randomized, controlled trial during a 4-week training camp. Seventeen professional baseball players from an MLB organization completed a two-day baseline of habitual sleep. Athletes then were randomized to either five nights of sleep extension or five nights of habitual sleep. Pre- and post-cognitive tests included the Digit Symbol Substitution Task (DSST) and an adaptive visual search task. Mood and daytime sleepiness were evaluated with the Profile of Mood States (POMS) and Epworth Sleepiness Scale.

In the sleep extension group, the objective, estimated sleep duration measured by actigraphy increased by 0.6 hours per night from 6.3 to 6.9 hours. Assessments of fatigue, tension, and daytime sleepiness all decreased by more than one-third after sleep extension.

“Fatigue over a season can negatively impact performance and possibly pitch recognition,” said Mah. “These findings suggest that short-term sleep loading during periods of high training volumes may be a practical recovery strategy and fatigue countermeasure that has daytime performance benefits.”

In a previous study published in the journal Sleep, Mah found that a 5-7 week sleep extension period was associated with improvements in specific measures of basketball performance among collegiate athletes.\

Previous:
The Link Between Night Owls and OCD

Next:
Sleep Patterns Vary by as Much as 10 Hours