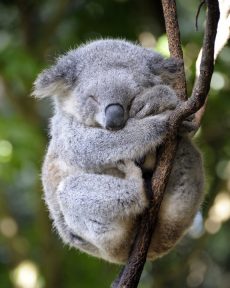 Myth or Truth: Scientists have proven that many other species dream just like humans do.

This Monday Sleep Myth was a funny one, because the initial information we had was that no scientist had been able to find a way to prove that animals (other than humans) dream. However, upon further research we found that the initial information was very dated, and this week’s statement was confirmed as being true.  In 2001, scientists at the Massachusetts Institute of Technology (MIT) were able to provide definitive proof that rats dream.  Here’s how the MIT website described the experiment, which involved rats making their way through mazes:

They monitored the animals’ brain activity during the task and while they were asleep. While the animal ran, its brain created a distinctive pattern of neurons firing in the hippocampus, a brain area known to be involved in memory.

Like us, rats go through multiple stages of sleep, from slow-wave sleep to REM sleep. In humans, it is during REM sleep that most dreaming occurs.

The researchers then examined more than 40 REM episodes recorded while the rats slept. About half repeated the unique signature of brain activity that was created as the animal ran. The correlation was so close that the researchers found that as the animal dreamed, they could reconstruct where it would be in the maze if it were awake and whether the animal was dreaming of running or standing still.

Here’s a link if you’re interested in reading more: http://web.mit.edu/newsoffice/2001/dreaming.html