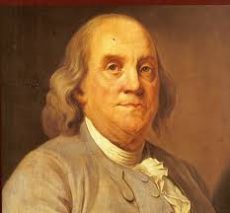 Myth or Truth:  Early to bed, early to rise, makes a man healthy, wealthy and wise.

This axiom has been repeated time and time again.  This particular version was coined by founding father Benjamin Franklin, but similar versions have been recorded going all the way back to Aristotle.  However, while it seems reasonable that those who aren’t “lazy” would prosper, it’s just not true.

According to a 2009 study, there is no significant difference in productivity in the morning hours between night owls and those who go to bed early and get up early. However, the study found that after a 10 hour day, night owls are actually more alert and mentally quicker.  Some famous night owls include Charles Darwin and Winston Churchill.  Setting aside what you might think about them personally, it’s hard to argue that they weren’t successful.

Learn more about the study in an article from the U.K.’s Daily Mail, at this link.