Smoking and Vaping Will Both Steal Your Sleep 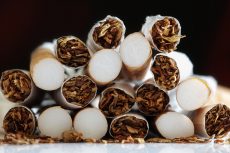 According to new research, it doesn’t matter whether you use traditional cigarettes or e-cigarettes, smoking isn’t good for your sleep.

“Given that poor sleep and substance use, including e-cigarette use, are both common among college students, understanding how e-cigarette use may impact sleep is crucial given its association with numerous health concerns,” said lead author Emma I. Brett, PhD, of Oklahoma State University. “Since we found that even nondaily use of e-cigarettes was associated with worse sleep health, this may be a useful target for prevention and intervention efforts.”