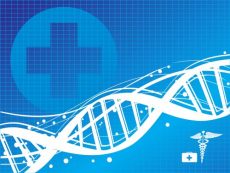 Sleeping less than six hours per night can skew the activity of hundreds of genes, according to a new study.

The research, conducted at Surrey Sleep Research Centre at Surrey University in the UK, tested people who slept less than six hours a night for a week.  It revealed substantial changes in the activity of genes that govern the immune system, metabolism, sleep and wake cycles, and the body’s response to stress, suggesting that poor sleep could have a broad impact on long-term well being.

The changes, which affected more than 700 genes, may shed light on the biological mechanisms that raise the risk of a host of ailments, including heart disease, diabetes, obesity, stress and depression, in people who get too little sleep.

During the study, 14 men and 12 women lived under laboratory conditions at a sleep center for 12 days. Each volunteer visited the center on two separate occasions. During one visit, they spent 10 hours a night in bed for a week. In the other, they were allowed only six hours in bed a night. At the end of each week, they were kept awake for a day and night, or around 39 to 41 hours.

The time spent asleep had a huge effect on the activity of genes, according to blood tests on the volunteers, according to a report in the US journal Proceedings of the National Academy of Sciences. Among the sleep-deprived, the activity of 444 genes was suppressed, while 267 genes were more active than in those who slept for longer.