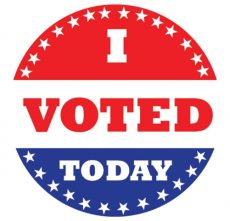 Insufficient sleep is a health concern, and its effects reach beyond physical health. According to new research, one side-effect of not getting enough shut-eye is that it makes you less likely to be a good citizen.

While a lack of sleep is known to negatively impact some types of behaviors, relatively little has been known about its larger effects on a democracy.  Research by Dr. David Dickinson, professor of economics in Appalachian State University, along with political scientists Drs. John Holbein and Jerome Schäfer, has found that insufficient sleep predicts lower voter turnout.

Additionally, the study shows that those whose sleep levels are manipulated into short-term episodes of increased sleepiness are less willing to vote, sign petitions and donate to charities.

“The advantage of this paper is that we not only examined real-world expressions of prosocial behaviors and civic engagement, which connects more directly with real-world decision makers, but we also used multiple methodologies to show a consistent result,” Dickinson said. “Each different data set and methodology has its strengths and weaknesses, but the result is all the more compelling when all point to the same conclusion.”

The authors’ findings highlight that there likely exist significant negative consequences of current societal sleep habits on civic engagement and important measures of social capital that have spillover effects in society.

Previous:
Not All Sleep is Created Equal

Next:
The Link Between Sleep and Aging