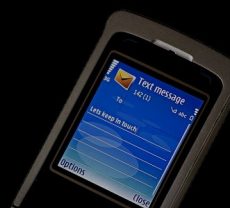 A new survey conducted in Britain shows just how bad our obsession with our electronic devices is getting.

The research, conducted by a British hotel chain, found that one in five (20%) people in Britain keep their phone in their bed or even under their pillow every single night, to ensure they don’t miss a single text message or email.

Such is the nation’s obsession with their smartphone that half (50%) of the 2,000 adults questioned admit that looking at their phone is the very last thing they do in the evening and the first thing they do when they wake.

The mobile phone has now become such a regular fixture in our bedtime routine that it takes until nearly 11:00 p.m. for the average Brit to relinquish their device. Disturbingly, one in five adults (21%) admit to regularly waking in the morning with their smartphone still glued to their hand, and a third (32%) claim they have ditched reading books in bed in favor of browsing the internet, social networking and catching up on work emails instead.

A social media savvy 20% bid a virtual ‘goodnight’ to their friends and followers on Facebook and Twitter when tucked up in bed, with a further 8% acknowledging they are more likely to say goodnight to their online pals than their own partners that sleep by their side.

So, how can you avoid having your electronic devices ruin your good night’s sleep?  The best bet is to keep them out of your bedroom completely while it’s time to sleep.  If you must use your phone or tablet as an alarm, turn off notifications for texts and social media, so you’re not tempted to read them when you should be sleeping.  Also, put the device face down while you’re sleeping.  That way, any notifications that turn the screen on won’t disturb you.