The Biological Connection Between Stress and Lack of Sleep 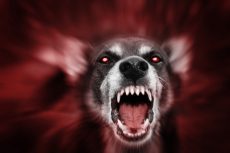 It’s no surprise to anyone to hear that being anxious, stressed or excited can keep you from sleeping.  However, researchers say there’s actually a biological reason for it.  Scientists in the Sleep Institute in Japan spotted neurons that play crucial roles in connecting emotions and sleep, shedding light on the future discovery of drug targets for anxiety disorder and/or sleep disorders.

Situations like encountering predators, adapting to a novel environment, or expecting a reward create stressful or emotionally-salient situations that require animals to shift their behavior to a vigilant state.

The bed nucleus of the stria terminalis (BNST) is a part of the extended amygdala, which is generally considered as a key player in stress response, fear and anxiety. Through projections to various brain regions including relay nuclei of the autonomic nervous system, hypothalamic regions and the central nucleus of the amygdala, the BNST controls endocrine and autonomic reactions in response to emotionally-salient stimuli, along with behavioral expression of anxiety and fear.

A group of researchers led by Takeshi Sakurai, Vice Director of the International Institute for Integrative Sleep Medicine (WPI-IIIS), University of Tsukuba, found that acute optogenetic excitation of GABAergic neurons in BNST during non-rapid eye movement (NREM) sleep in mice resulted in immediate transition to a wakefulness state without the function of orexins, highly important neuropeptides for maintaining wakefulness. Notably, stimulation of the same neurons during REM sleep did not show any effects on sleep/wakefulness states.

Prolonged excitation of GABAergic neurons in BNST by a chemogenetic method evoked a longer-lasting, sustained wakefulness state, and it was abolished by administering a dual orexin receptor blocker (antagonist) DORA 22 in advance, meaning that orexins are involved in this phenomenon.

“Our study revealed a role of the BNST GABAergic system in sleep/wakefulness control, especially in shifting animals’ behavioral states from NREM sleep to wakefulness. It also provides an important insight into the pathophysiology of insomnia and the role of orexin in arousal regulation, which will hopefully lead to the first step to develop remedies for sleep disorders,” Sakurai says.

Next:
Children Who Sleep Less May Age Faster