The U.S. is Paying a Lot for Lack of Sleep 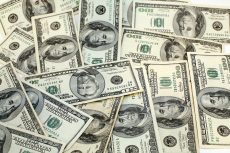 Lack of sleep among U.S. workers is costing the country’s economy up to $411 billion a year, which is 2.28 percent of the country’s Gross Domestic Product, a new report finds.

According to researchers at the not-for-profit research organisation RAND Europe, sleep deprivation leads to a higher mortality risk and lower productivity levels among the workforce, putting a significant damper on a nation’s economy.

In total, the U.S. loses just over 1.2 million working days a year due to sleep deprivation among its working population. Productivity losses at work occur through a combination of absenteeism, employees not being at work, and presenteeism, where employees are at work but working at a sub-optimal level.

Marco Hafner, a research leader at RAND Europe and the report’s main author, says: “Our study shows that the effects from a lack of sleep are massive. Sleep deprivation not only influences an individual’s health and wellbeing but has a significant impact on a nation’s economy, with lower productivity levels and a higher mortality risk among workers.”

He continues: “Improving individual sleep habits and duration has huge implications, with our research showing that simple changes can make a big difference. For example, if those who sleep under six hours a night increase their sleep to between six and seven hours a night, this could add $226.4 billion to the U.S. economy.”

To improve sleep outcomes, the report outlines a number of recommendations for individuals, employers and public authorities:

Previous:
A Child’s Sleep Education Starts With The Parents

Next:
Study: Driving After Missing Just a Little Sleep is Like Driving Drunk