Time Zones Give an Advantage to West Coast Sports Teams 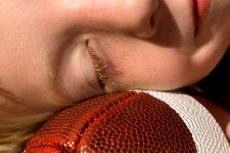 A new study could make some east coast sports teams consider moving west.  The research, conducted in Canada, found that NFL, NBA and NHL teams traveling from west to east had a higher winning percentage compared to teams traveling in the opposite direction.

The results of this study highlight the importance of the direction of the circadian disadvantage on the probability of success.

“These results highlight the importance of circadian rhythms in sport performance. They also raise concerns about well-established practices such as early training sessions and late-night athletic competitions and the possible negative effects on performance and health,” said co-author, Geneviève Forest, PhD, Université du Québec en Outaouais (UQO). “These results show that the effect of the circadian disadvantage transcends the type of sport being played and needs to be addressed for greater equity among the western and eastern teams in professional sports.”

The research abstract was published recently in an online supplement of the journal Sleep.

The study reviewed the past 5 years of regular season games in the NBA, NFL and NHL and noted the winning percentage of the visiting team depending on the direction of travel (east vs same time zone vs west), and the number of time zones crossed for every game. T-tests and ANOVAs were performed to study the effect of the circadian disadvantage and its direction on winning percentage.