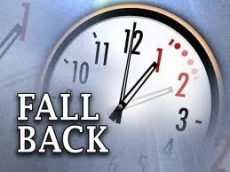 By Dr. Lisa Shives (The Sleep M.D.)
Daylight Savings Time ends in most of the United States, Canada and portions of Mexico at 2 a.m. on November 6, 2011, when clocks “fall back” one hour. This time change is essentially a massive experiment in jet lag, as your body clocks must reset to a time that’s one hour earlier than you’re used to. The GOOD news, however, is that the time change in the fall is easier than the one in the spring. If you go to bed at your normal time this Sunday night, then you are staying up one hour later than your internal clock thinks it is. That’s doable for most people. In the spring, however, you need to go to bed an hour earlier than your body wants to, and no matter how hard you try it’s nearly impossible to will your body to sleep when it’s not ready. To ease your “fall back” transition, here are a few simple tips:

Start preparing early: While staying up later than you feel like you should isn’t a problem for most people, some find it difficult. If you’re one of these people, try starting early by staying up a little later each night leading up to the time change.

Consider when to change your clocks: It’s automatic for most people on the night before the time change to set their clocks back. In the spring, that is not a good plan for most people because they will lose one hour of sleep. In the fall, if you change the clock the night before, then you will gain an hour of sleep, which is good for many, but not all, people. Simply put, if you make no changes in the clock until the next morning, both in the fall and the spring, then you will get the amount of sleep you normally do, assuming a regular sleep and wake time is kept.

Avoid exercise, caffeine or alcohol close to bedtime: All three of these can disrupt your ability to sleep well and it’s always a good idea to avoid them near bedtime. A cup of coffee on Sunday or Monday morning isn’t a bad thing, though, and may help you get going on days when you might feel a little “off” due to the time change.

Get plenty of light: The fall time change marks the beginning of shorter and darker days. Since sunlight is needed to keep your circadian rhythms on track, the fall and winter months can lead to sleeping difficulties and depression for many. To combat this, be sure to get plenty of light in the morning and throughout the day. Natural sunlight is best, but if the days are cloudy or you’re up before the sun, turn on plenty of lights in the house and consider getting a light box.

Bonus Tip: Prepare your kids
Some kids have a very difficult time adjusting, particularly the young ones who are still napping. Starting a few days before the time change, try to push their naps a little later each day to eventually line them up to where they will be after the time change.

In the end, don’t be surprised if you’re not quite feeling yourself for a couple of days. Take it easy and you’ll adjust quickly.