We Really Do Lose Sleep Over Bad News 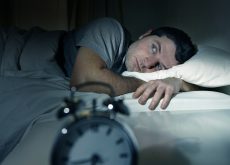 It may sound like an obvious thing, but there is now research that proves we do lose sleep over upsetting news.

The United Kingdom last month voted in a referendum to exit the European Union.  While obviously more than half of the people who voted were in favor of the so-called “Brexit,” the opinions were passionate on both sides.  After the vote, the British Prime Minister resigned, stocks slumped, and the British Pound dropped.  Also, a lot of Britons lost sleep.

If you find yourself disturbed by news events, there are steps you can take.  First, if sleep does not come easily, don’t lay in bed for hours at a time.  Get up, turn on a dim light, and read something light and calming.  Do not use electronic devices or turn on the TV, as they can signal to your brain that it’s time to wake up.

Previous:
Study: Tuesday is the Best Night for Sleep

Next:
You Shouldn’t Drive After One Night of Bad Sleep