Your Dentist Could Help You Sleep 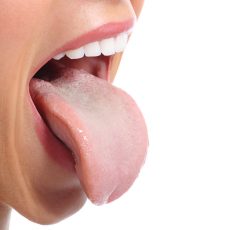 The best time to identify signs of obstructive sleep apnea may not be at night while snoozing in bed but, instead, while sitting in the dentist’s chair.

According to a new study led by University at Buffalo orthodontic researcher Thikriat Al-Jewair, dentists are in the unique position as health care professionals to pinpoint signs of obstructive sleep apnea (OSA), a disorder in which breathing repeatedly stops and starts during sleep due to blocked upper airways.

The research found that oversized tonsils and tongue indentations, which are teeth imprints along the tongue that indicate it is too large for the mouth, placed people at high risk for OSA. Obese patients were almost 10 times more likely to report OSA symptoms than non-obese patients.

Sleep apnea affects more than 18 million American adults, but many cases go undiagnosed, according to the National Sleep Foundation. Severe cases of the disorder are linked to cardiovascular disease, diabetes, depression, memory loss and more.

Although dentists cannot diagnose the disorder, they can spot an enlarged tongue or tonsils and recommend a patient to a sleep medicine specialist.

“Dentists see into their patient’s mouths more than physicians do and the signs are easy to identify,” says Al-Jewair, clinical assistant professor in the UB School of Dental Medicine.

“We need to teach students about this condition before they get out in the field and educate dentists about the major role they play in identifying and treating patients with sleep-related disorders.”

The study, “Prevalence and risks of habitual snoring and obstructive sleep apnea symptoms in adult dental patients,” was published last month in the Saudi Medical Journal.

Previous:
Better Sleep for the Elderly May Be Linked to Being Social

Next:
Children Who Settle to Sleep Also Settle Into School