5 Ways an Old Pillow is Like an Old Boyfriend 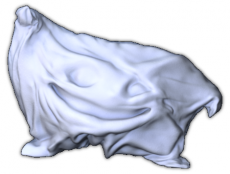 In the SleepBetter video Paranormal Pillow, “Old Pillow” is acting very much like a jilted lover.  It made us realize that pillows and boyfriends have an awful lot in common.  Here are five ways they’re alike:

2) They can both be rather unresponsive.
Pillows, like boyfriends, sometimes aren’t as supportive as they were when they were new.  With pillows, it’s due to the loss of loft and firmness.  One of the best ways to tell if you need a new pillow is to do the “fold test”.  Fold your pillow in half.  If it doesn’t bounce right back … it’s time for it to go.  This may not be the best way to tell if you need a new boyfriend.

3) They both smell a bit.
Old pillows can definitely pick up an odor, due to bacteria, fungi, and even your own skin cells.  Boyfriends who have gotten a little too “comfortable” around you can also carry around a bit of an odor.

4) There’s often anxiety involved when it’s time to make a clean break.
If you’ve had a pillow for five to 10 years (we recommend replacing them every 18 months to two years) you tend to get attached to it.  Boyfriends are the same way.  Sometimes it’s best to just do what you need to do, no matter how much you’ll miss them when they’re gone.

Previous:
Surveys: Most of You Have Really Old Pillows

Next:
What is a Mattress Topper?