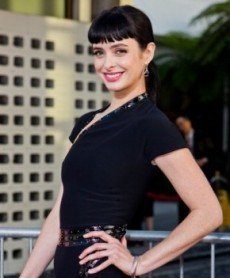 Actress Krysten Ritter loves her sleep.  As with nearly all busy people, however, it can sometimes be a challenge for her to get a full night’s rest.  In addition to her partnership with us on the Great American Pillow Toss event in Detroit, Ms. Ritter has a starring role in ABC’s Don’t Trust the B—- in Apartment 23, is producing a pilot for MTVand has two feature films coming out in the next year.

Krysten recently spoke with SleepBetter’s medical sleep expert, Dr. Lisa Shives,  about how to get a better night’s sleep.

Dr. Shives says Krysten is already on the right track.  Krysten says she likes to keep her bedroom extremely dark when she sleeps … so dark, in fact, that her friends call her a vampire (appropriate, perhaps, since one of her two upcoming movies is a vampire comedy!)  Dr. Shives says the darkened room is a great idea — the darker the better, in fact. Krysten also says she also has a problem of frequently waking in the middle of the night.   Dr. Shives says these nighttime wakings are extremely common and are nothing to worry about.

Krysten and Dr. Shives also talked about eliminating all bright screens, such as those from computers, TVs, smartphones, and tablets before and during sleep time.  Here are three tips from Dr. Shives that Krysten says she’s going to try to follow:

Be sure to sign our Great American Pillow Toss Pledge to replace your old, worn out pillows.  When you sign the pledge, you’ll be entered in a contest to win prizes totaling $4,000!  To read more advice from Dr. Lisa Shives, read her Ask Dr. Lisa articles.

Previous:
5 Reasons You Should Toss Your Old Bedding

Next:
Sleep Position and Your Personality