Camping: A Cure for the Night Owl 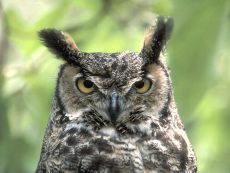 It’s just part of nature.  Some of us are early birds and some of us are night owls.  The problem for the night owl, however, comes when he has a job that requires he wake early in the morning.  So, what’s an owl to do?  New research says there is a solution that works and can be fun at the same time: camping.

Researchers at the University of Colorado in Boulder conducted a study that included eight participants who had been pre-screened as night owls.  The participants were monitored in their daily lives for a week.  The participants wore wrist monitors that recorded the intensity of light they were exposed to, the timing of that light, and their activity, which allowed the researchers to infer when they were sleeping.

The participants then went camping in Colorado’s Eagles Nest Wilderness. During the week, the campers were exposed only to sunlight and the glow of a campfire. Flashlights and personal electronic devices were not allowed.   During that week, on average, participants went to bed two hours earlier than they did in their normal daily lives.

The researchers also found that after the camping trip, the participants’ biological clocks stayed set near “camping time,” meaning they were oriented more toward the solar day than they were before the study.

Researchers say that they understand a week-long camping trip without artificial light may not be for everyone, but they say a good way to combat a night owl’s drift toward later nights is exposure to more sunlight in the morning and midday to help help nudge his or her internal clock earlier. Also, dimming electrical lights at night, forgoing late-night TV and cutting out screen time with laptops and other personal electronic devices also may help internal circadian clocks stay more closely attuned with the solar day.

Previous:
Tech in the Bedroom Means Less Sleep for Kids

Next:
Research: Sleep Apnea Sufferers At Risk for Glaucoma