Confirmed by Science: The Smell of Lavender Does Relax Us

Modern medicine has overlooked the idea of scents, despite a need for safer alternatives to current anxiety-relieving drugs like benzodiazepines.

Numerous studies now confirm the potent relaxing effects of linalool, a fragrant alcohol found in lavender extracts.  But, none of them addressed how it worked.  Many assumed that absorption into bloodstream via the airway led to direct effects on brain cell receptors that are also the target of benzodiazepines. This new research shows for the first time that the vaporized lavender compound linalool must be smelt – not absorbed in the lungs- to exert its calming effects.

Kashiwadani and colleagues tested mice to see whether it is the smell of linalool – i.e. stimulation of olfactory (odor-sensitive) neurons in the nose – that triggers relaxation.  They found that the smell of lavender did have an anxiety-reducing effect, but without the side effects of benzodiazepines, and linalool injections, whose effects on movement are similar to those of alcohol.

However, crucially there was no effect in mice whose olfactory neurons have been destroyed – indicating that the relaxation in normal mice was triggered by olfactory signals evoked by linalool odor. 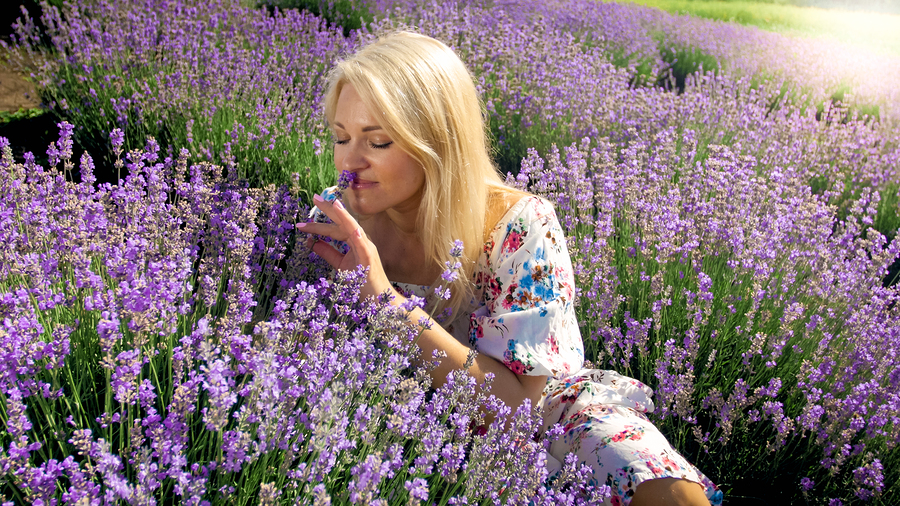 Previous:
Working Moms and Their Kids Don’t Get Enough Sleep

Next:
Research Says Wool Pajamas are Best for Sleep