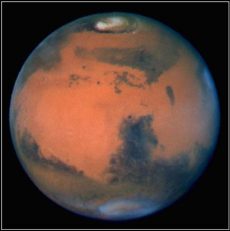 There’s a lot of work needed to plan and execute the first manned Mars mission, and scientists say they’ve found yet another hurdle — sleep.

In an experiment published this week in the journal Proceedings of the National Academy of Sciences, volunteers were confined in a cramped mock spaceship in Moscow to simulate a 17-month voyage. It made most of the would-be spacemen lethargic, much like birds and bears heading into winter, gearing up for hibernation.

The men went into a prolonged funk. Four had considerable trouble sleeping, with one having minor problems and the sixth mostly unaffected. Some had depression issues. Sometimes, a few of the men squirreled themselves away into the most private nooks they could find. They didn’t move much. They avoided crucial exercise.

The experiment was run and funded by Russian and European space agencies.

Devices on the volunteers’ wrists measured their movements and showed when they were asleep and awake. One of the six volunteers slept nearly half an hour less each night than he did when he started the mission.  It may not sound like much, but the loss of sleep matters because astronauts will have to perform intricate tasks on the way to Mars and while on the red planet.

Former astronaut Michael Lopez-Alegria, who holds the U.S. record for the most continuous days spent in space, said that during his 215 days in orbit, he sometimes had trouble getting back to sleep.  The lack of sleep and busy days caused him to sometimes nod off during the day.

Experts say that during the one year round trip to Mars, lighting will be critical.  Blue evening light is essential for resetting a body’s natural rhythms, and spacecraft should be equipped with a variety of different lighting options to accommodate sleep needs.

Previous:
Report: Drowsy Driving Continues to be a Problem