Report: Drowsy Driving Continues to be a Problem 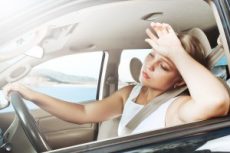 A new U.S. government report indicates that drowsy driving continues to be a significant and ongoing problem.

The report, from the Centers for Disease Control and Prevention, says one in 24 adults in the U.S. admitted to recently falling asleep while driving.  However, health officials believe that number could in reality be even higher because many people do not notice when they nod off for a few seconds while driving. The report said nearly four percent of U.S. adults fall asleep or doze off while behind the wheel.

Sleepy driving was seen to be more common among adults who sleep less than six hours per night, snore, or fall asleep randomly throughout the day, compared with other people who did not have these traits.  Drowsy driving was less seen in older people. Men were more likely to drive sleepy than women (5.3 percent versus 3.2 percent).

The current study contains the largest number of U.S. survey participants to examine the topic of drowsy driving to date.