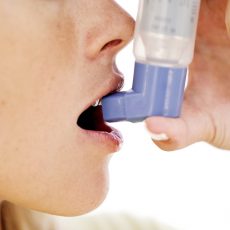 A pilot sleep study of teens in Colorado has yielded some promising results associated with lung function.

Teens with asthma who got more sleep during an experimental sleep extension program had significantly fewer nocturnal asthma symptoms.  Longer sleep among teens with asthma was also associated with moderate effects on executive functioning.

The study, conducted at the Jewish Health Center in Denver, looked at 12 teens during a two week pilot sleep extension program that measured the impact of healthy sleep duration on asthma symptoms and executive function. The patients were mostly white (58%), mostly male (75%), and had a mean age of 13.3.

Previous:
For Kids, Nighttime Sleep is Genetic, But Naps are Environmental

Next:
Americans Are Tired, But Aren’t Doing Anything About It