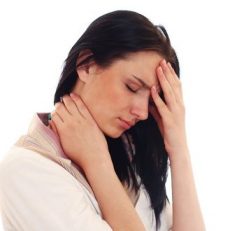 We’ve talked before about the relationship between sleep and pain, but a new study is providing more evidence that there is indeed a link between more sleep and reducing chronic pain.

Researchers at Henry Ford Hospital in Detroit recruited 18 healthy, pain-free volunteers who were randomly assigned to four nights of either maintaining their regular sleep time or extending their slumber to 10 hours.  Before starting the tests, pain tolerance was tested, with patients holding their finger against a radiant heat source.

After four days, researchers ran the pain test again.  The patients who slept 10 hours per night were able to tolerate the heat source 25-percent longer.  This effect is similar to taking a 60-mg dose of the painkiller codeine twice per day.

Researchers say they were surprised at the amount of difference after just four nights of extra sleep.

The study appears in the December issue of the journal Sleep.