Is it ADHD or Sleep Deprivation? 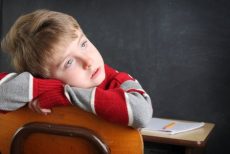 A leading psychiatrist in the U.S. is suggesting that a “substantial portion” of those diagnosed with Attention Deficit Hyperactivity Disorder, or ADHD, have been misdiagnosed and are instead simply sleep deprived.

Vatsal Thakkar, a clinical assistant professor of psychiatry at the New York University School of Medicine, wrote in the New York Times this past weekend about a 31 year old patient who claimed to have ADHD that developed two years earlier.  After examining the patient, Professor Thakkar gave him suggestions on getting to sleep earlier and more soundly.  In a follow-up visit two weeks later, all of the symptoms of ADHD were gone.  And, this case is apparently not that unusual, says Thakkar:

Many theories are thrown around to explain the rise in the diagnosis and treatment of A.D.H.D. in children and adults. According to the Centers for Disease Control and Prevention, 11 percent of school-age children have now received a diagnosis of the condition. I don’t doubt that many people do, in fact, have A.D.H.D.; I regularly diagnose and treat it in adults. But what if a substantial proportion of cases are really sleep disorders in disguise?

SleepBetter’s own Dr. Lisa Shives in 2011 called for sleep disorder testing for all patients who are being tested for ADHD. ADHD and inadequate sleep both can cause daytime hyperactivity, problems with concentration and learning and mood problems.  Studies have shown that a adding or subtracting just one hour of sleep per night can make a big difference in a child’s behavior.  Professor Thakkar agreed with Dr. Shives in his New York Times piece:

A number of studies have shown that a huge proportion of children with an A.D.H.D. diagnosis also have sleep-disordered breathing like apnea or snoring, restless leg syndrome or non-restorative sleep, in which delta sleep is frequently interrupted.

One study, published in 2004 in the journal Sleep, looked at 34 children with A.D.H.D. Every one of them showed a deficit of delta sleep, compared with only a handful of the 32 control subjects.

If you suspect you or your child may have ADHD, discuss it with your doctor.  Additionally, however, ensuring your family is sleeping enough may help.  Here are some tips: