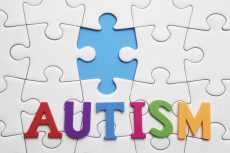 Poor sleep and sleep quality is one of the unhappy side-effects of autism spectrum disorder, and a new study says that lack of rest makes symptoms more severe.

Insufficient sleep appears to take the biggest toll on a child’s ability to make friends: Every four-minute decrease in sleep duration is associated with a one-point increase in a score that reflects a child’s difficulty in forming peer relationships.

The findings, published 16 March in Autism Research, add to mounting evidence that sleep problems can exacerbate core features of autism.

Studies have shown that sleep problems are common among children with autism and are associated with social difficulties, communication problems and repetitive behaviors. The new study is among the largest to examine the impact of too little sleep on autism features. It confirms many of the previous findings and hints at a ‘dose-response’ relationship between lack of sleep and autism severity.

Genetics may also be at play. People with autism are more likely than others to carry alterations in genes that regulate the body’s sleep-wake cycle. In particular, some people with autism carry mutations in an enzyme involved in the production of melatonin, a natural hormone important for sleep. The researchers plan to look for additional genetic factors that may be common to both sleep problems and autism.

Previous:
Sleep is the Answer to Improve Chronic Pain