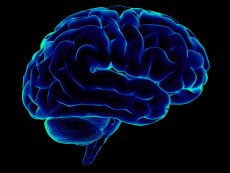 New research indicates that in cases of severe sleep deprivation, it’s impossible to pay back your “sleep debt” because the damage is done.

The study adds to research announced earlier this year that showed chemicals in the brain usually found in brain damage cases were found in higher concentrations among individuals who are sleep deprived.  The new research, conducted at the University of Pennsylvania, went one step further.  Scientists there put lab mice on a schedule that mimics shift work for humans.  They would let the mice sleep, but they would wake them up and keep them awake for random intervals.

After keeping the mice on the “shift work” schedule for days on end, the scientists scanned the brains of the mice.  They found significant damage in the area of the brain associated with alertness and cognitive function, the locus coeruleus.  In fact, the mice had lost up to 25% of the neurons in that area.  A CNN article on the study charts why researchers think this is happening to the mice:

When the mice lost a little sleep, nerve cells reacted by making more of a protein, called sirtuin type 3, to energize and protect them.

But when losing sleep became a habit, that reaction shut down. After just a few days of “shift work” sleep, the cells start dying off at an accelerated pace.

The research team next plans to examine the brains of deceased human shift workers to see if they find the same type of damage found in the mice.

Next:
Exercise at Night is Okay for Sleep