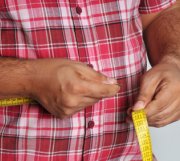 There have been multiple studies recently that focus on sleep and its relationship to weight and weight gain, but a new one is providing a new nugget of information: that a consistent sleep schedule could be key to maintaining a healthy weight.

The study, conducted at Brigham Young University, was published online in the November issue of the American Journal of Health Promotion.  Researchers collected data on 330 college women. Simply put, they found that over a week-long period, those who slept and woke at consistent times maintained a healthier weight.

Those who went to bed and woke up at or around the same time each day had lower body fat. Those who slept between eight and eight and a half hours had the lowest body fat, the researchers found.  On the flipside, those whose sleep patterns varied more than 90 minutes had higher body fat than those whose sleep patterns varied less than 60 minutes, the researchers found.

Getting too little or too much sleep also had an effect on body fat. Sleeping less than six and a half or more than eight and a half hours a night was associated with higher body fat.

Researchers say that while they studied women, they see no reason why these findings wouldn’t also apply to men.

Previous:
Research Links Lack of Sleep and Illness in Teens

Next:
If Your Teen’s Friends Don’t Sleep, Your Teen Probably Doesn’t Either