Research Links Lack of Sleep and Illness in Teens 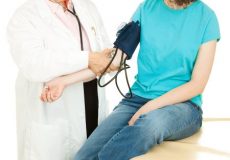 Researchers in Rhode Island say they’ve found a direct link between lack of sleep in teenagers and increased risk of illnesses like colds, flu, and gastroenteritis.

The study, conducted at Bradley Hospital, compared three outcomes between longer and shorter sleepers: number of illness bouts, illness duration, and school absences related to illness. The team found that bouts of illness declined with longer sleep for both male and female high school students. Longer sleep was also generally protective against school absences that students attributed to illness. There were gender differences as well, with males reporting fewer illness bouts than females, even with similar sleep durations.

The research team analyzed total sleep time in teens for six-day windows both before and after a reported illness and found a trend in the data toward shorter sleep before illness. Due to the difficulty of finding teens whose illnesses were spaced in such a way to be statistically analyzed, they also conducted qualitative analysis, examining individual interview data for two short-sleeping males who reported very different illness profiles. This analysis suggested that more irregular sleep timing across weeknights and weekends (very little sleep during the week and “catching up” on sleep during the weekend), and a preference for scheduling work and social time later in the evening hours can both contribute to differences in illness outcomes, conclusions that are also supported in the broader adolescent sleep literature.

“Some news reaches the general public about the long-term consequences of sleep deprivation, such as the links between less sleep and weight gain,” said Kathryn Orzech, Ph.D. of the Bradley Hospital Sleep Research Laboratory. “However, most of the studies of sleep and health have been done under laboratory conditions that cannot replicate the complexities of life in the real world. Our study looked at rigorously collected sleep and illness data among adolescents who were living their normal lives and going to school across a school term.”

Mary Carskadon, Ph.D., director of the Bradley Hospital Sleep Research Laboratory, commented on Orzech’s study, “We have long been examining the sleep cycles of teenagers and how we might be able to help adolescents – especially high school students – be better rested and more functional in a period of their lives where sleep seems to be a luxury.” Carskadon continued, “In the future, these findings identifying specific issues in individual sleep patterns may be a useful way to help adolescents begin to prioritize sleep.”

The study was published in the Journal of Sleep Research .

Next:
Maintain a Regular Sleep Schedule to Maintain Regular Weight