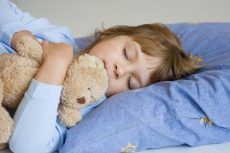 Children who are better rested will generally behave better in school.  That’s not a surprising bit of information, but a new study shows that small changes in the amount of sleep can make a big difference.

Researchers from McGill University found that elementary-schoolers who got less sleep were more likely to lose emotional control in the classroom.  They cried and got angry more often and also seemed more impulsive than their well-rested counterparts.

For more information how much sleep your child should be getting, check out this SleepBetter article: How Much Sleep Does My Child Need?

Next:
How Are Lack of Sleep and Weight Gain Linked?