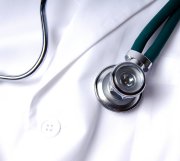 Nearly 10 years ago, the U.S. Accreditation Council for Graduate Medical Education implemented new rules to limit the hours that surgeon trainees were allowed to be on duty.  The goal was to eliminate or at least reduce the sleep deprivation that had become almost synonymous with these intern years.  Young doctors-to-be were limited to 80 per week, with a minimum of ten hours off between shifts. Those changes were further updated in 2011.

According to a new survey, the results have been mixed.  The research, which was published in the Annals of Surgery, analyzed surveys completed by a total of 216 residents between 2003 and 2009.  It conducted at the Harvard Orthopedic Combined Residency Program.

Researchers found that trainee doctors didn’t actually get any more sleep under the limited work hours policy, and also said they felt less prepared as doctors and were less satisfied with their education.

Compared to pre-2003 residents, orthopedic trainees reported working fewer hours per week, about 66 hours versus 75.  But, they didn’t get any more sleep. Throughout the study period, they reported sleeping for about five hours every night, on average.

Researchers say it might be time re-evaluate the restrictions, as they may not be improving patient safety and indeed may be negatively impacting it.